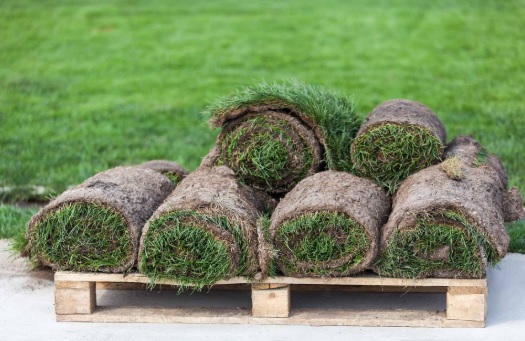 Why Should You Choose Turf Grass?

The most common places where turf grass can be seen is in a golf course, lawn, roadsides, corporate sectors, parks as well as in many other recreational areas. In reality, turf grass has many benefits which are the main reason behind its high demand in the current times.

In that case, Lawn Turf Farm highlights some of the main benefits of lawn turf in the current times.

One of the significant reasons for using lawn turf is that it reduces the force of flowing water, thereby allowing more of the water to be absorbed by the soil to benefit from the groundwater reserves. Furthermore, they are not only good at filtering and catching the water, but also they are very efficient for holding the nutrients in the soil. Also, the blades of grass slow down the rainwater which prevents the soil being carried by wind and rain. If soil erosion is a significant problem in your place, then turfgrass could be a good solution in your situation.

Everyone knows that plants take the carbon dioxide from the air and gives back oxygen into the atmosphere. Well, the green grass is no exception to this when it comes to releasing oxygen in the air. At the same time, a correctly managed turf grass also aids in decreasing pollen production by stopping the growth of the species of weed that produce a good quantity of airborne pollen. Also, turfgrass is known for trapping dust as well as different airborne allergens in its dense turf.

You might have never considered a roll out grass as useful as something preventing the fire from spreading from one place to another. In actuality, it acts as a barrier to fire and prevents huge damage by stopping the fire before it becomes out of control. It is also a soft surface that can be used for different recreational purposes. Compared to artificial surfaces a lawn turf is a better place where children can play comfortably because there are least chances of getting any injury.

It is true that when you have a turfgrass, then the temperature around that place is usually cooler than the places without it. Plus, greener areas have a lower temperature than the areas with lesser trees. In that case, the turf happens to be much cooler than the common surfaces to which we are used to most of the time. It happens to be fifteen degrees cooler than the concrete surfaces as well as thirty degrees lesser than the synthetic surf. According to the research works, heat radiated by barely maintained soil and turf gives off more heat than a well-maintained quality turf grass.

Another benefit of having turf grass is that it supports bioremediation. Pollutants like hydrocarbons and other harmful elements, which are not good for our health as well as for the animals, often come back to the soil where it is broken down by the fungi, bacteria as well as other microorganisms.  It must be understood that turfgrass has a wide root system which offers both energy and habitat to the microbial populations which are more productive than the other plant systems.

Even though the grass plant is tiny but still they contribute a lot in maintaining a balance in the ecosystem. Hence, make sure to buy the best lawn turf so that you can enjoy the benefits without any hindrance.